As our concept is taking shape, we are going further now and are on Twitter @luckxinvest and with #exPANAMAnding as hashtag, which means the Silicon Valley. Earlier posts should have given a first impression about it and we’ll continue to work it out.

So it is with some things around Silicon Valley.

Imagine, being a young software developer and to solve the immigration problem, you are supposed to live on a cruiseship out in the Northern Pacific. Really? Maybe nice for some days in July and August, but definitely not today, not during the last 5 months and not during the next 4 months.

The alternative is tropical Panama, surfing and margarita season all year round. That’s a productivity booster, believe me. So the immigration issue gets solved not by sacrifying, but optimizing. 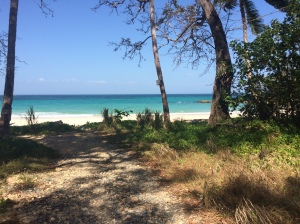 There are some other problems better to be solved by optimizing instead of sacrifying. Some are mentioned in earlier posts.